NOTE: AsciiCam is no longer under active development. Its successor is
Vector Camera, which has all of AsciiCam's features.

AsciiCam generates images in real time from whatever your camera is pointing at,
either in greyscale, in the primary colors or in full color. Instead of a normal
image made of pixels, each area will have a coloured letter of the latin
alphabet or another ASCII character.

You can also create ASCII versions of pictures in your gallery, and optionally
have ASCII versions automatically generated every time you take a picture with
the standard camera app. 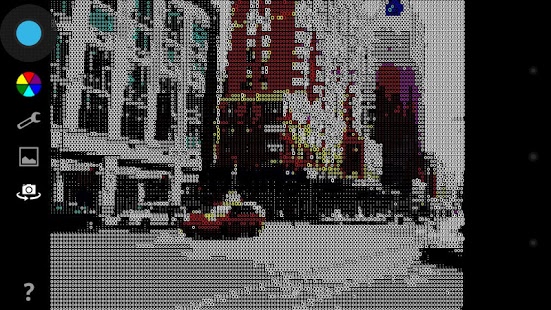 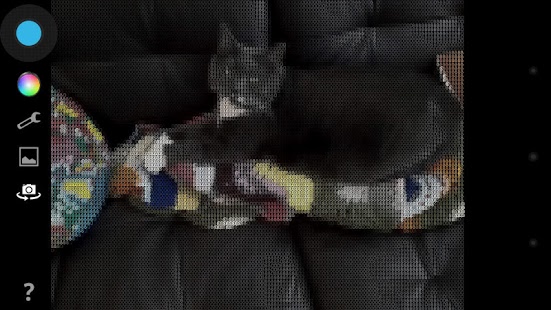 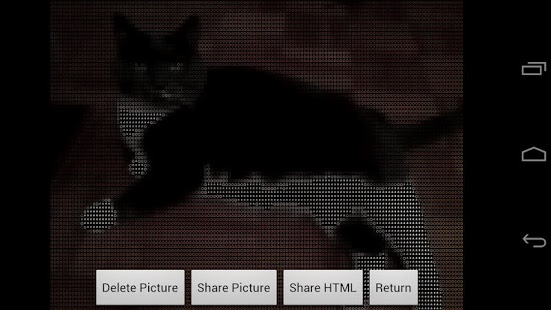