Have your Bitcoins always with you, in your pocket! You pay by quickly scanning a QR code. As a merchant, you receive payments reliably and instantly. Bitcoin Wallet is the first mobile Bitcoin app, and arguably also the most secure!

See the README for more details. Use this at your own risk and be wary that if you don't make a backup of the private keys you will no longer be able to access the Bitcoins contained in the wallet, should the data of the app be lost.

There's a separate version of this application that uses a test version of the Bitcoin network: Bitcoin Wallet [testnet3].

All translations are managed via the Transifex project. 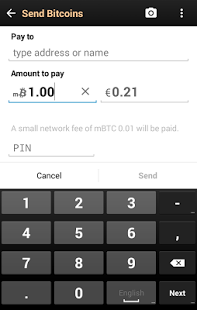