This is an alternative F-Droid client which is based on the older UI of the official client (pre 1.0).
While the new client UI looks pretty, it's sometimes a bit clunky.
Lots of information that was provided clearly in the old UI is now not available or hidden behind more taps now.
F-Droid Classic brings features of the modern 1.x version of F-Droid to the classic UI, this includes:

It doesn't support the following features and probably never will

Note: F-Droid Classic comes with it's own F-Droid repo reconfigured. If you only ever want to install updates from f-droid.org you can disable that repository in settings. 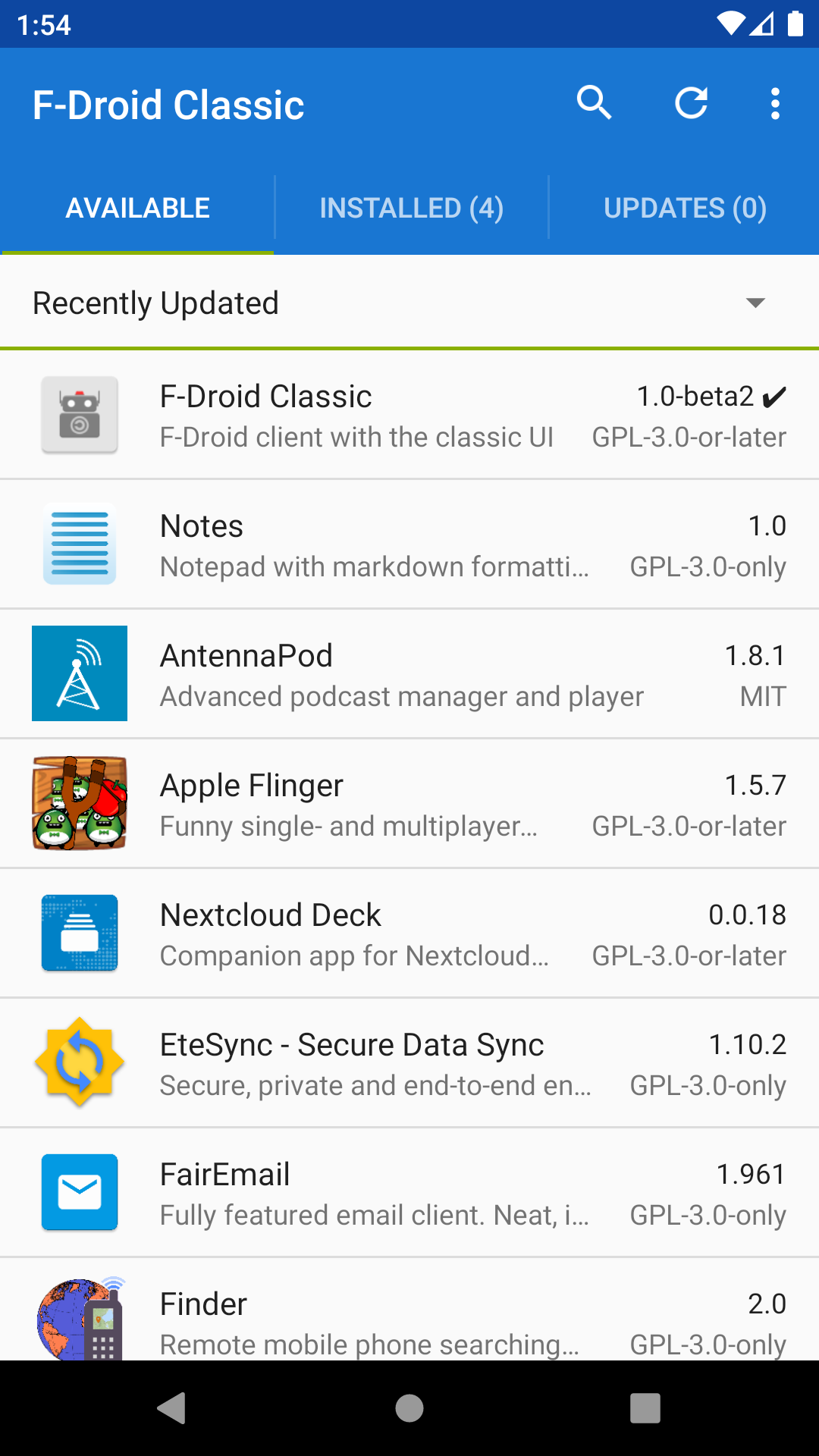 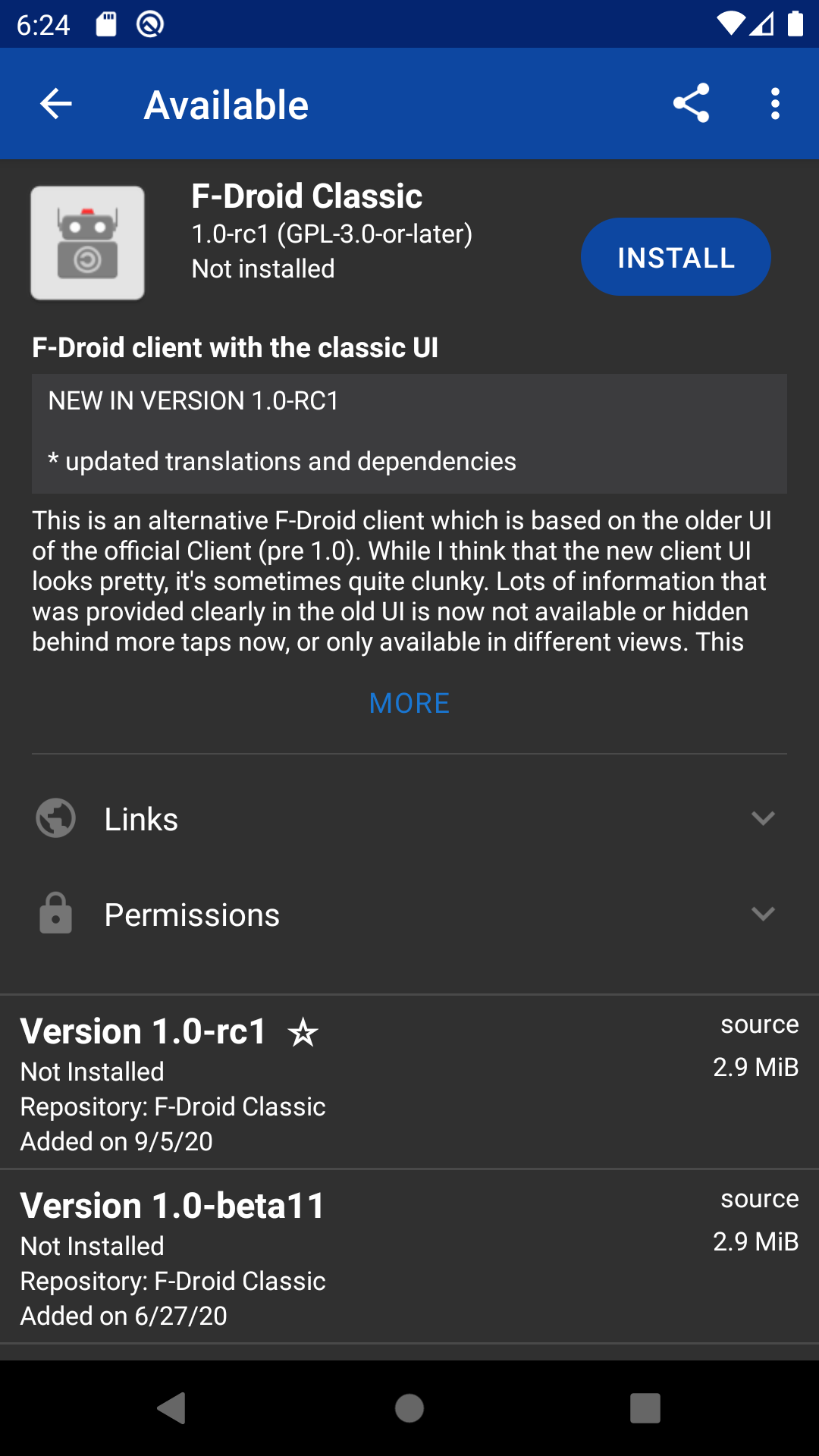 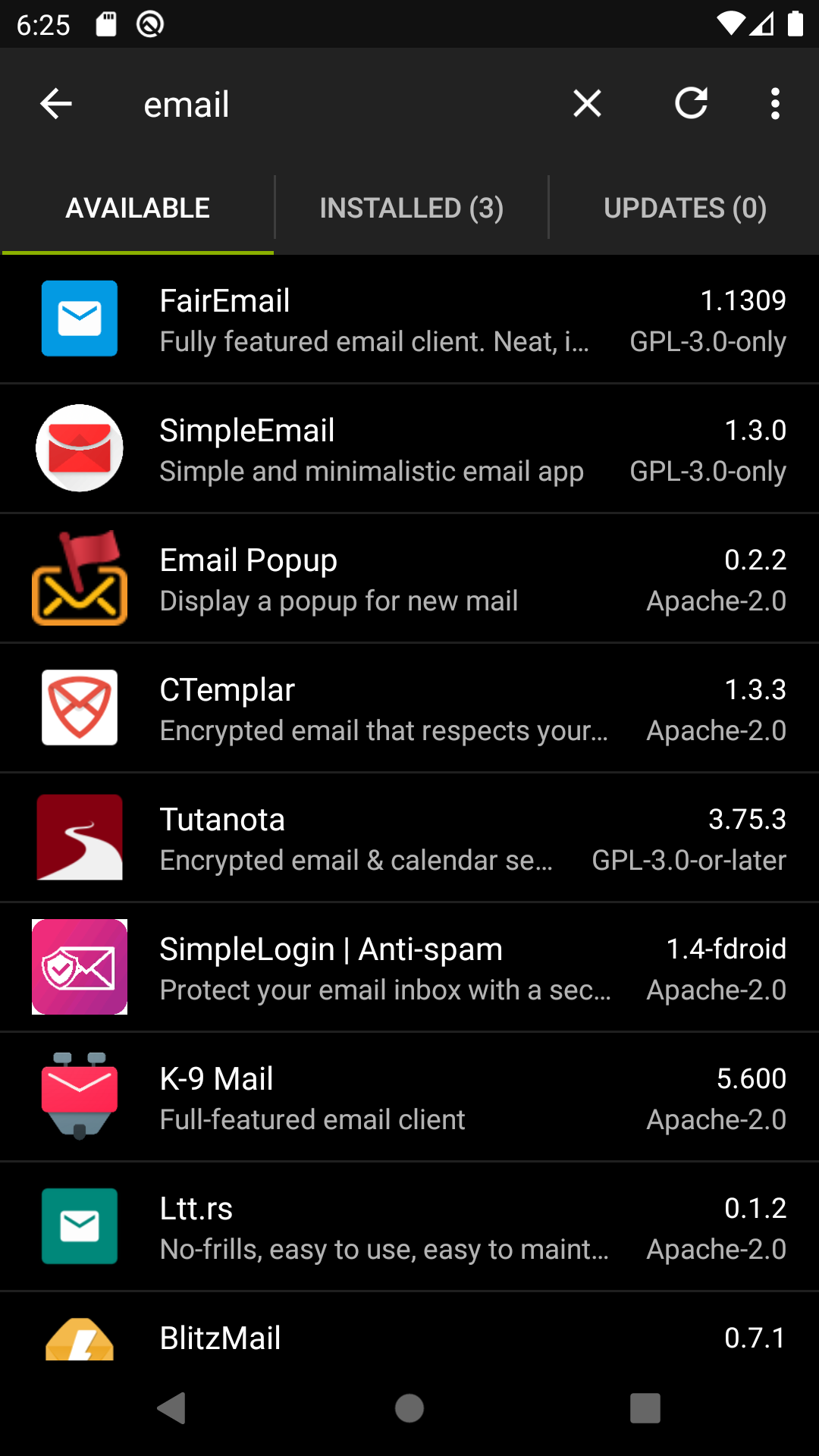