FIND3 is a minimal Android app for using with
FIND3. This app will allow you to use
your phone to perform constant scans of Bluetooth and WiFi signals and levels
that can be associated with certain locations in your home to allow internal
positioning. To receive the data, the FIND3
public server can be used or a personal server can be deployed.

The Framework for Internal Navigation and Discovery (FIND) is like GPS, but for
your every room in your house/business, with using only a simple smartphone or
laptop.

Your device (laptop or a smartphone) tracks itself by actively scanning for
nearby Bluetooth/WiFi devices and records their signal strengths and
classifying them based on known signal strengths for a given location.

This repository is a complete re-write of the [github.com/schollz/find previous
version of FIND]. The API for sending fingerprints (/track and /learn) is
backward compatible. There are several notable improvements on the previous
version: 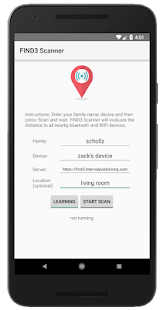 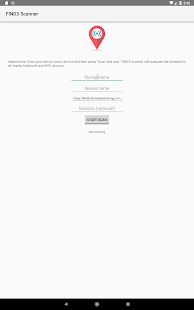