Gmote turns Android into a remote control for a computer, allowing users to run
movies and music at a distance. It supports all of the standard remote control
features such as play, pause, rewind, volume controls etc. It also has a
built-in file browser that lets you select what to play. Some typical use-cases
are people launching and controlling movies while sitting back on their couch,
or listening to music.

It also has a touch pad feature which allows you to control your mouse from the
phone, similar to a laptop touchpad (also sending keystrokes typed in on the
phone to the computer). It's great for sitting back on the couch while watching
youtube or hulu.

Status: Version 2.0.7 elsewhere exists but there isn't any source 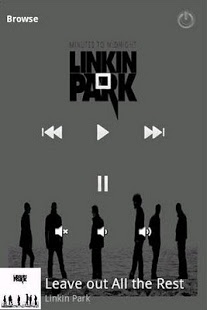