LibreOffice Viewer uses the same engine as LibreOffice for Windows, Mac, and
Linux. This, combined with a new front-end based on Firefox for Android, reads
documents similarly to LibreOffice desktop.

LibreOffice Viewer also comes with a first preview of the editing functionality,
which is considered an experimental feature and not stable enough for mission
critical tasks. Feedback and bug reports are very welcome, to help developers
improve the quality of the application on its way to a fully-fledged editor. 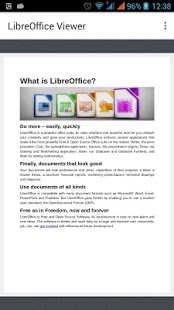 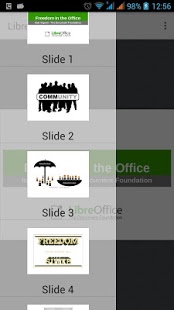