Privacy Friendly Ludo is a boardgame for 4 up to 6 players (persons or computer
opponents). The goal of the game is bringing four figures to the goal fields.
Therefore, it is important to prevent opponent from winning the game by
beatening the opponent figures with his own figures.

Each player has four figures which are marked in the player’s color. At the
beginning the of the game the figures are in the house. To leave the house the
player has to roll a six on a six-sided die.

Once a figure has left the house, the figure can be moved based on the result of
a die role. To prevent opponents from winning, their figures can be sent back to
the house. This happens if a player moves his figure to a field with a figure.
Each player has four goal fields. The first player has reaches the goal with all
his figures wins.

For player the following settings can be made:

Furthermore the application offers a statistic to see how often each player has
rolled a specific dice number. Additionally there is a possibility to play with
own dice and own rules. The app belongs to the group of Privacy Friendly Apps
developed by the SECUSO research group at Technische Universität Darmstadt. 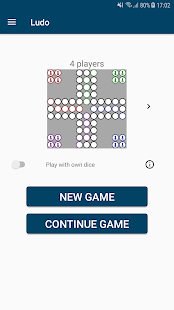 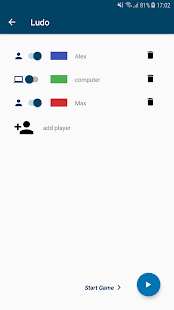 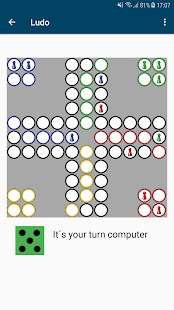