Point the camera and see what’s around. Uses a variety of sources, including
Wikipedia , Twitter, OpenStreetMap and mixare.org. Versions after 0.9.2 are
built from a different repository which avoids the Google Maps requirement and
uses OSM instead. (This is not fully implemented yet).

Google Maps don’t function in the f-droid.org build, because API keys aren’t in
the source code.

Anti-feature: Dependencies. It’s necessary for Google Maps to be already
installed either as an app or as a shared system library for this app to be
installable.

Note: This app is currently not actively maintained. 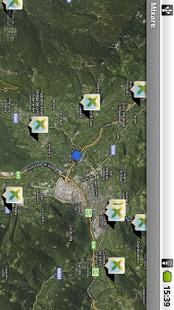 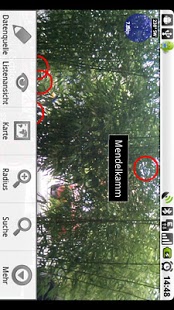