Politrics is a board game similar to Chess. The game was invented by Wilfrid
Hartnagel. Android application was created by Todor Balabanov.

Depending on where the first figure is placed there can be more than 23000
opening moves, hence it is most unlikely that a game will ever be played twice.
Players develop their own tactics to win boards and strategies to win the game.

There are 3 ways to win a board:

The maximum score of a board is 100 points. You need 100 points to win the game.
You may win the game by winning several boards or one only. 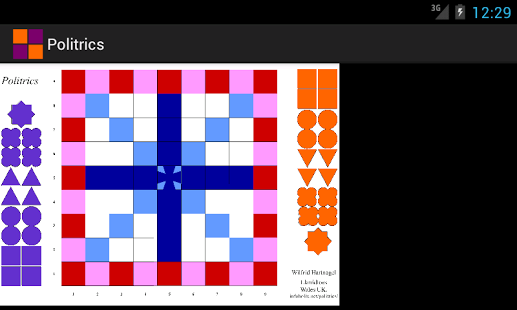 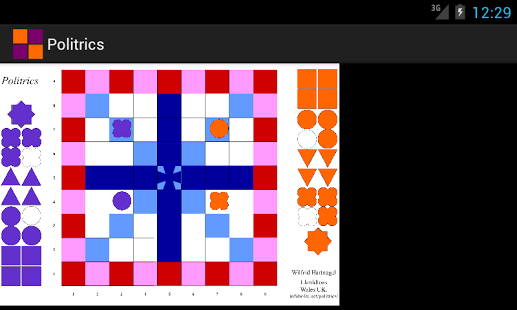