For a list of countries in which this app can be used, see https://gitlab.com/mvglasow/qz/wikis/countries.

In order to use this app, you will need a supported RDS/TMC receiver. The following devices are currently supported:

If you are unable to pick up any traffic messages, despite having a supported device and being in an area which should be supported, check your antenna. Reception with pigtail antennas (a long piece of wire coming out of the receiver) is generally poor and insufficient for TMC. It is recommended to rely on your vehicle antenna, a building antenna or a somewhat decent room antenna.

Qz will only work with unencrypted TMC services (as encrypted services require paying a per-device royalty). Also, some countries have chosen to require paying a royalty for access to their location tables (which Qz needs to decode TMC locations) and are therefore not supported. 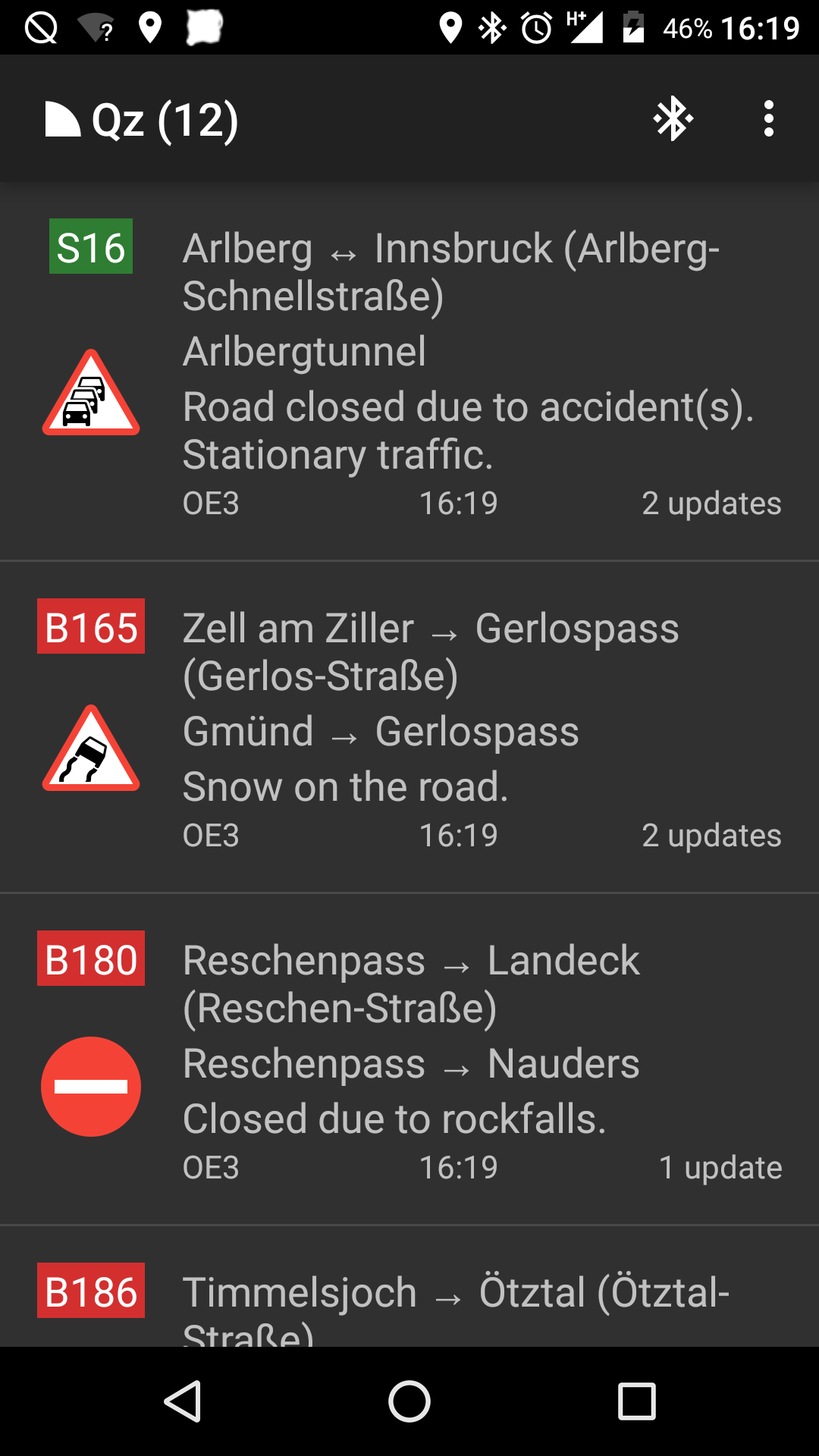 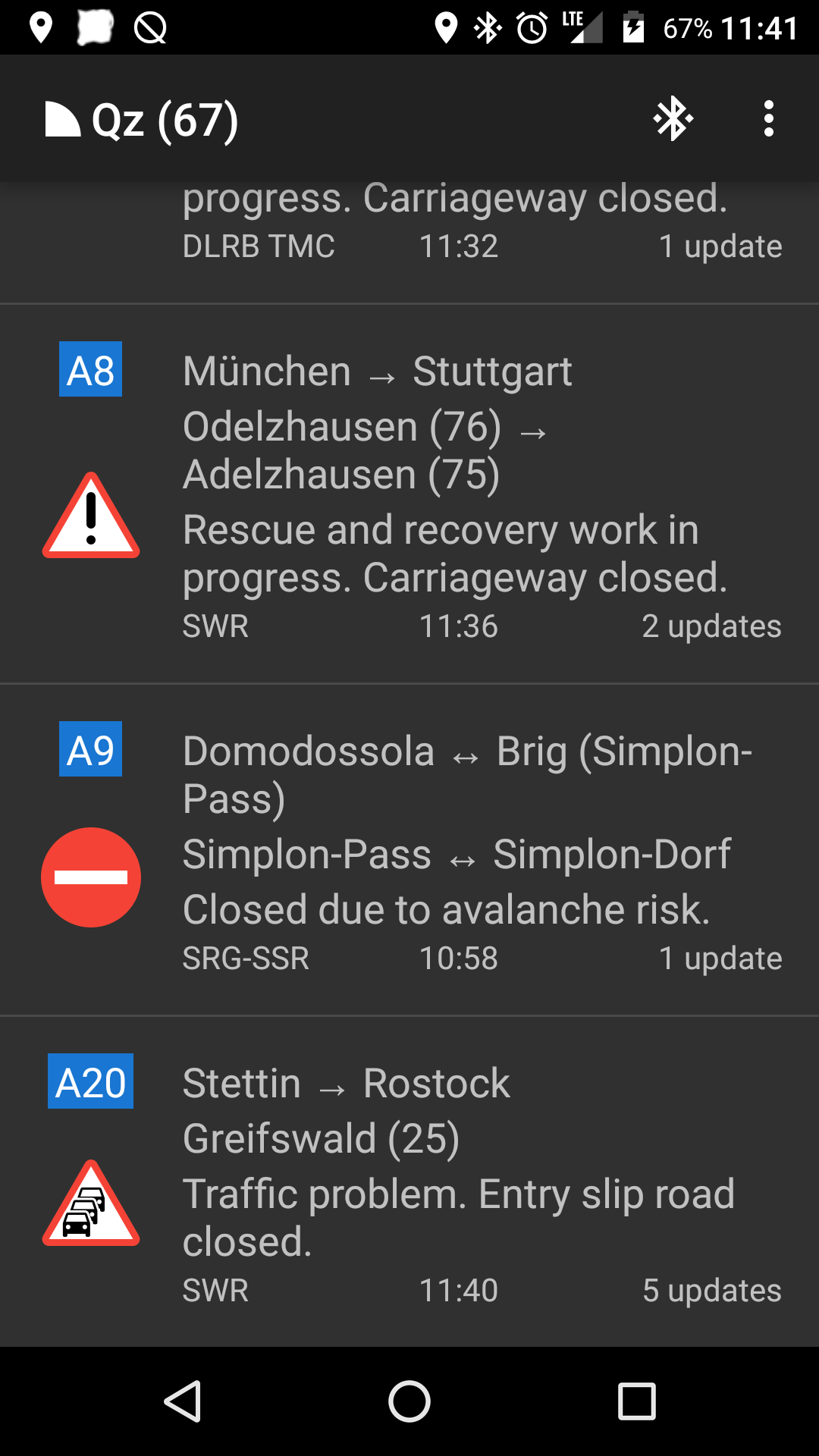 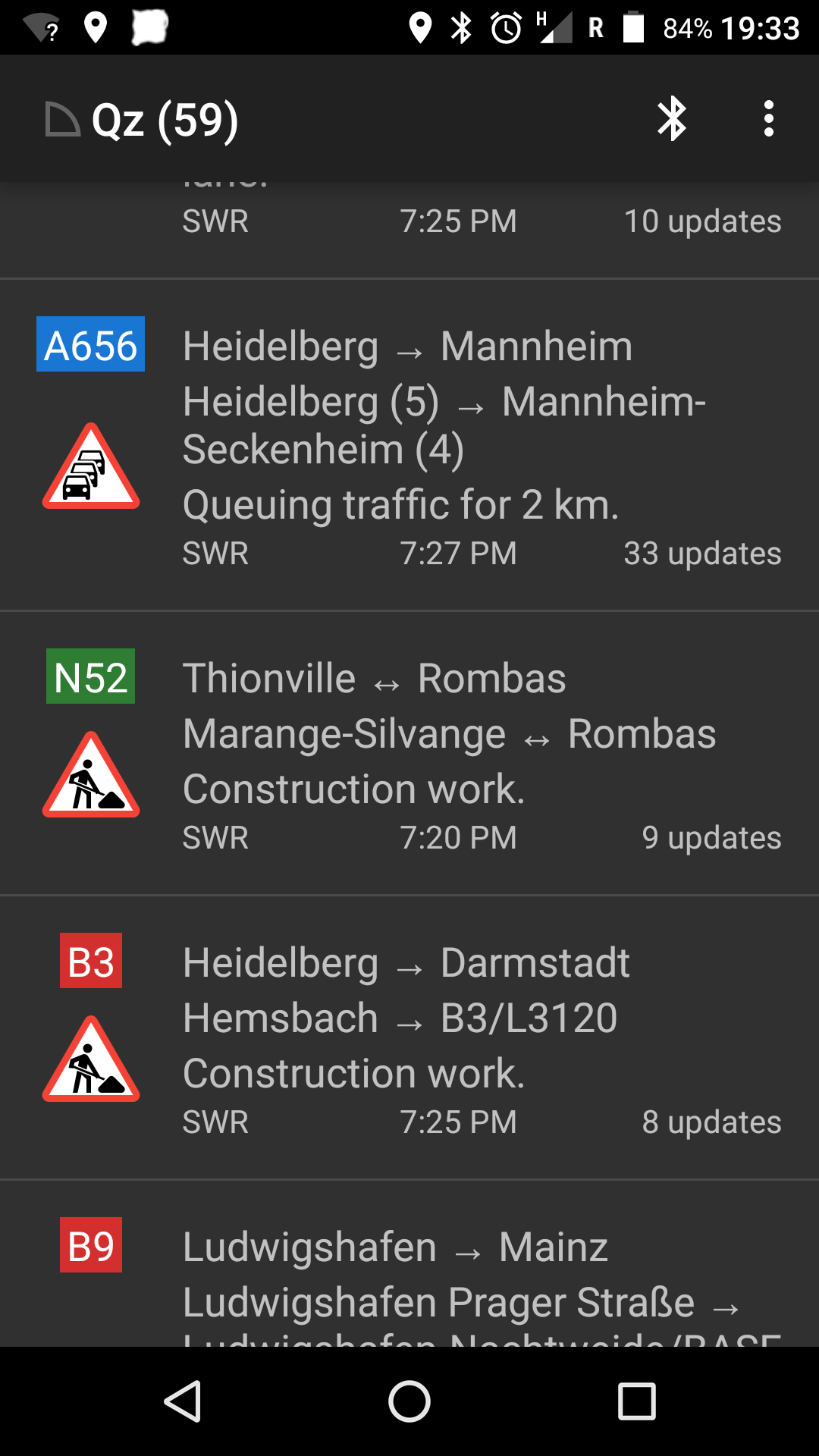