This App recreates the classic card game Half past seven.

It is played with a Spanish deck of 40 cards (without 8 or 9), in which each card is worth as many points as its numerical value except the figures (jack, horse and king), which are worth half a point.

It is played in turns against the bank or between two players (the second player acts as the bank).

First a player draws a card from the deck until he stands by clicking on the score (if it is not passed before and then loses); When the first player stands, the turn of the other player or the bank begins.

The player who comes closest to 7.5 wins without going over. In the event of a tie, the bank wins. 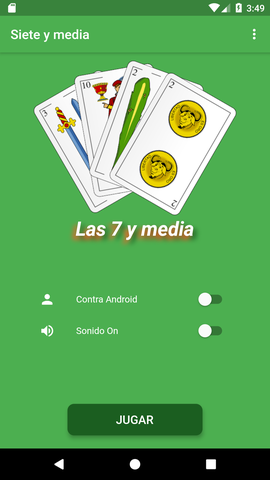 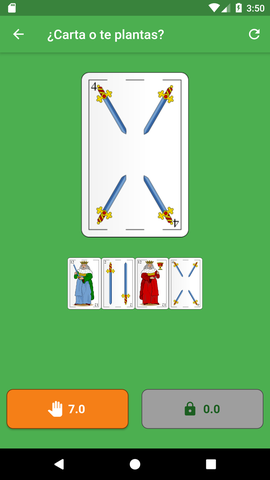 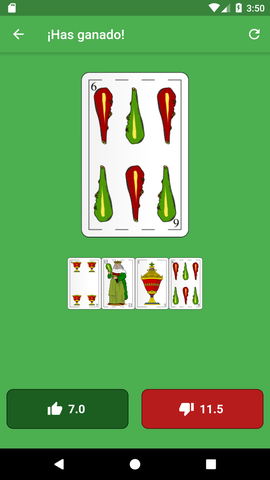