Android app (beta) making it possible to entirely freeze all background activities of any app.

Greenify can also do this, but it is not Open Source.

SuperFreezZ is not yet another task manager promising to delete 10 GB of data per month or making your device 2x as fast. This is impossible.

Instead, SuperFreezZ is honest about its disadvantages: Freezing daily used apps probably drains your battery a little faster. Also, these apps will take longer to start when you use them the next time: SuperFreezZ will super freeze your apps, it takes about 1-3 seconds to un-freeze them. Greenify has the same disadvantages, except that the author of Greenify does not warn you about it. So: Just do not overdo it, and SuperFreezZ will be super useful.

Examples for apps that deserve to be frozen:

If you have a problem, question or an idea, just open an issue!

If you would like to help with developing, have a look at the issues, or think of something that could be improved, and open an issue for it.

Please tell me what you are going to do, to avoid implementing the same thing at the same time :-)

You can translate SuperFreezZ on Weblate.

The code to show the app list is from ApkExtractor.

Robin Naumann made a nice intro. The intro was created using the AppIntro library.

The feature graphic background is from here: https://pixabay.com/photos/thunder-lighting-lightning-cloud-1368797/, the text was added with https://www.norio.be/android-feature-graphic-generator/.

Q: What is the difference between hibernating and freezing? A: There is none at all. If you hibernate an app with Greenify it will even be shown as frozen in SuperFreezZ and the other way round.

Q: But the correct spelling would be “SuperFreeze”! A: I know.

Q: Do you have any intentions to sell freezers? A: No. 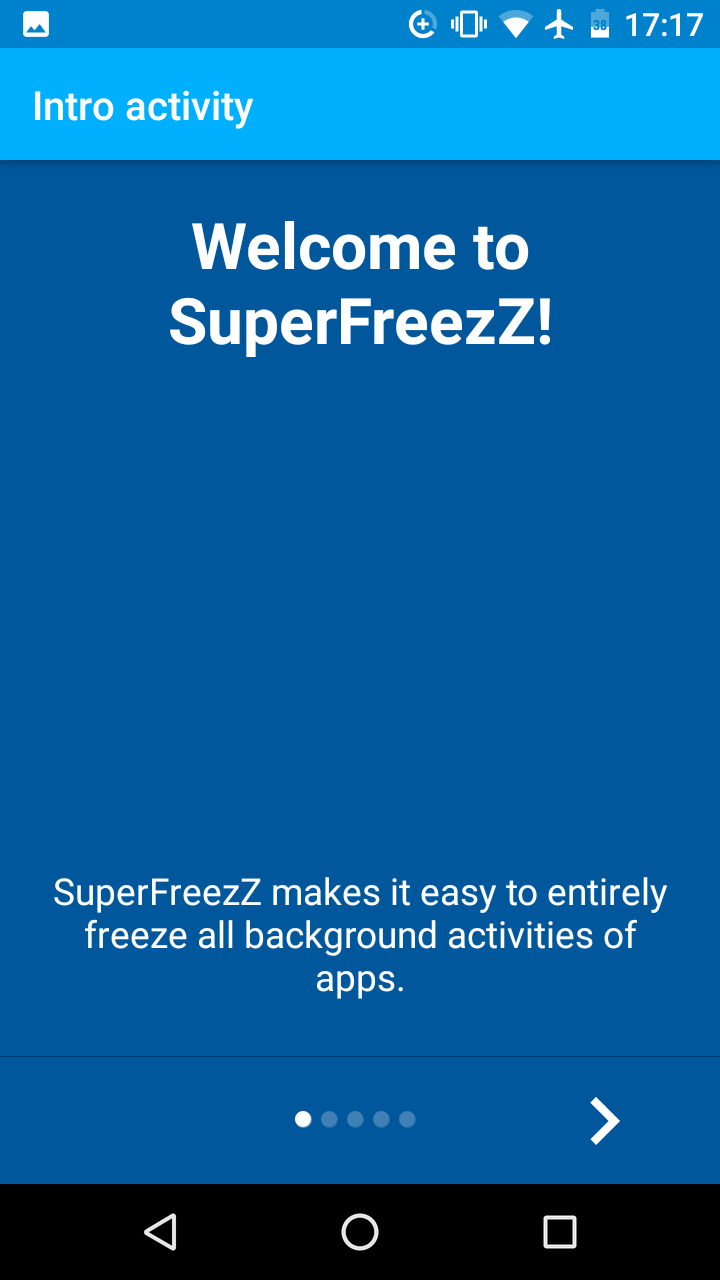 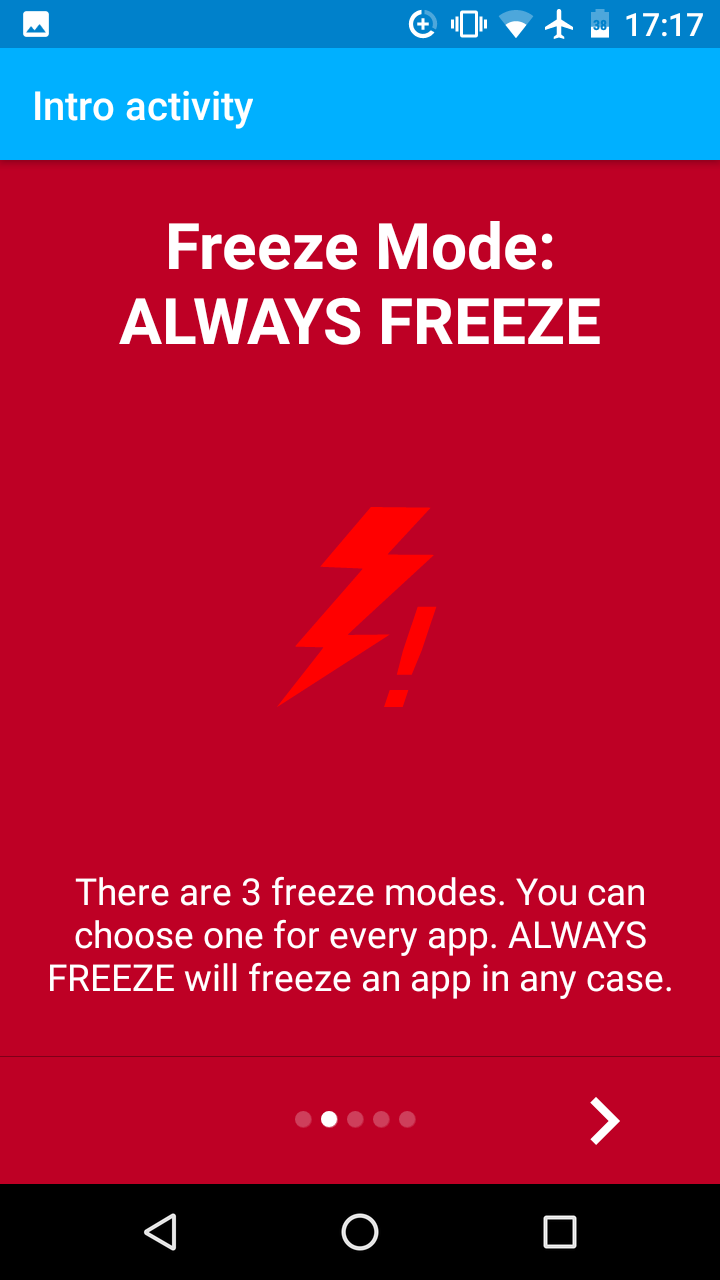 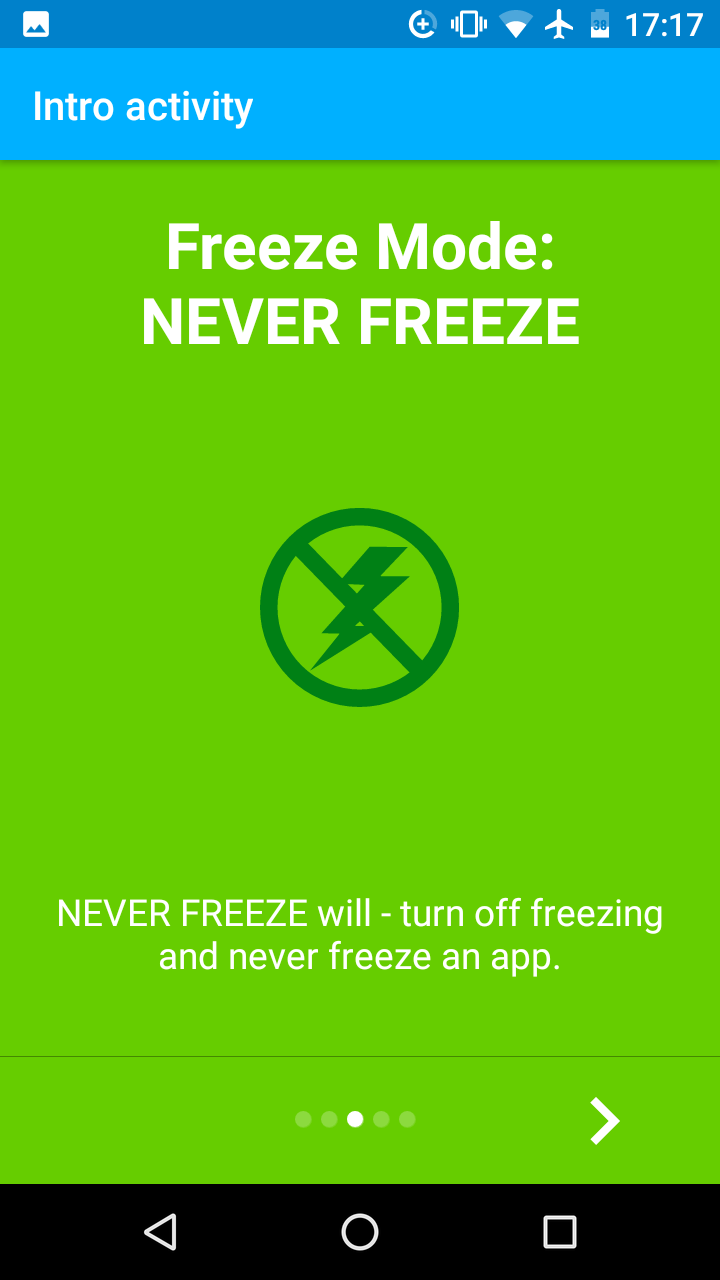