T16Fling is an Android keyboard with 16 keys in a 4x4 grid (similar to the AOSP numeric keypad) that works by flinging each key in the direction of the desired character.

Once installed you must enable the keyboard in your Android Settings (System -> Languages & input -> Virtual keyboard -> Manage keyboards).

There are some exceptions to these rules:
- The "0" key only has one secondary character, which is space. No matter which direction you fling it, it will always produce a whitespace.
- The shift key (⇪) has two special functions associated to its fling: when flinged up it will turn on Caps Lock, and when flinged down it will turn it off.
- The backspace key (⇦) and the enter key (➡) always do the same thing, no matter if you tap them or fling them. 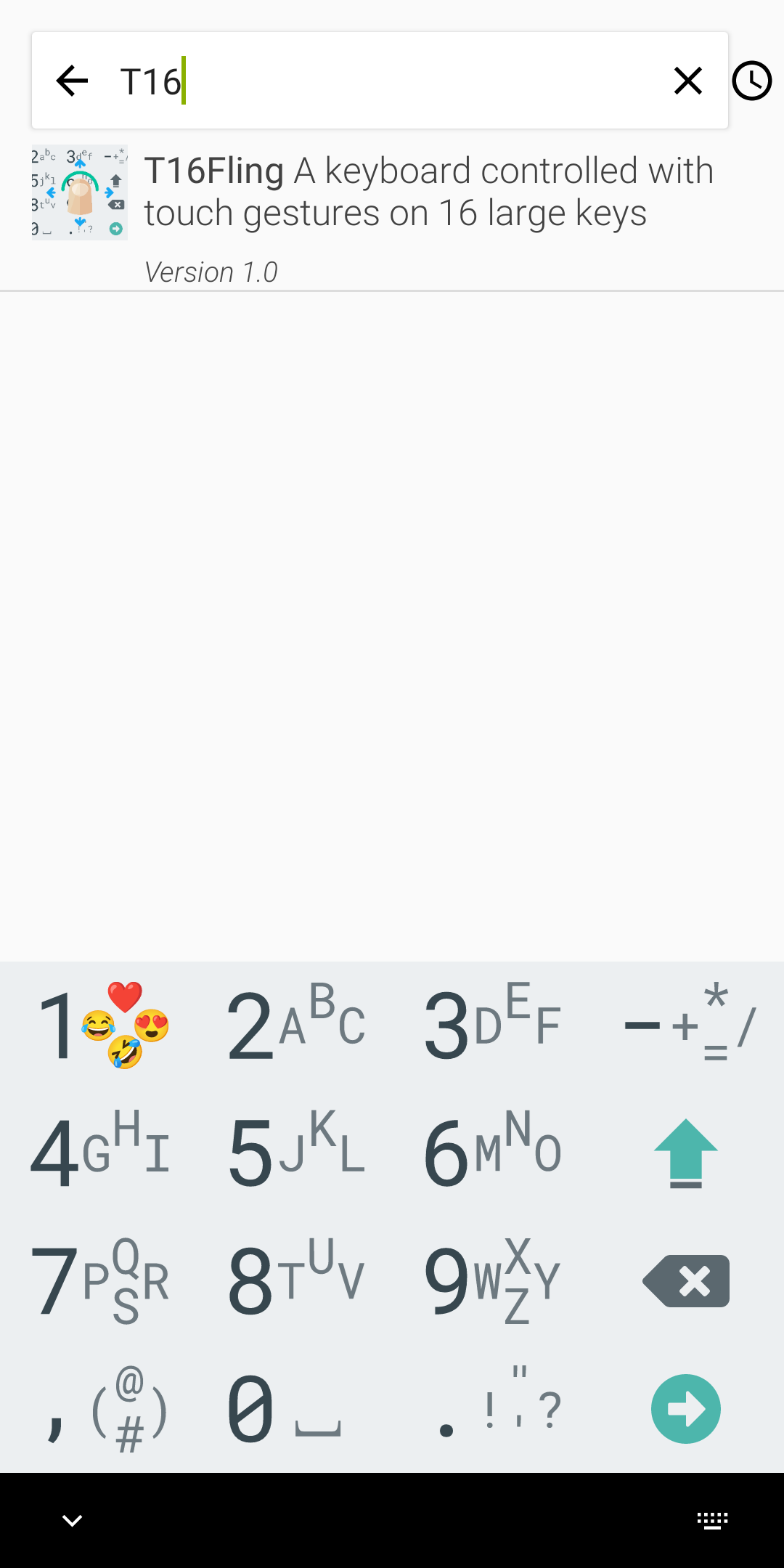 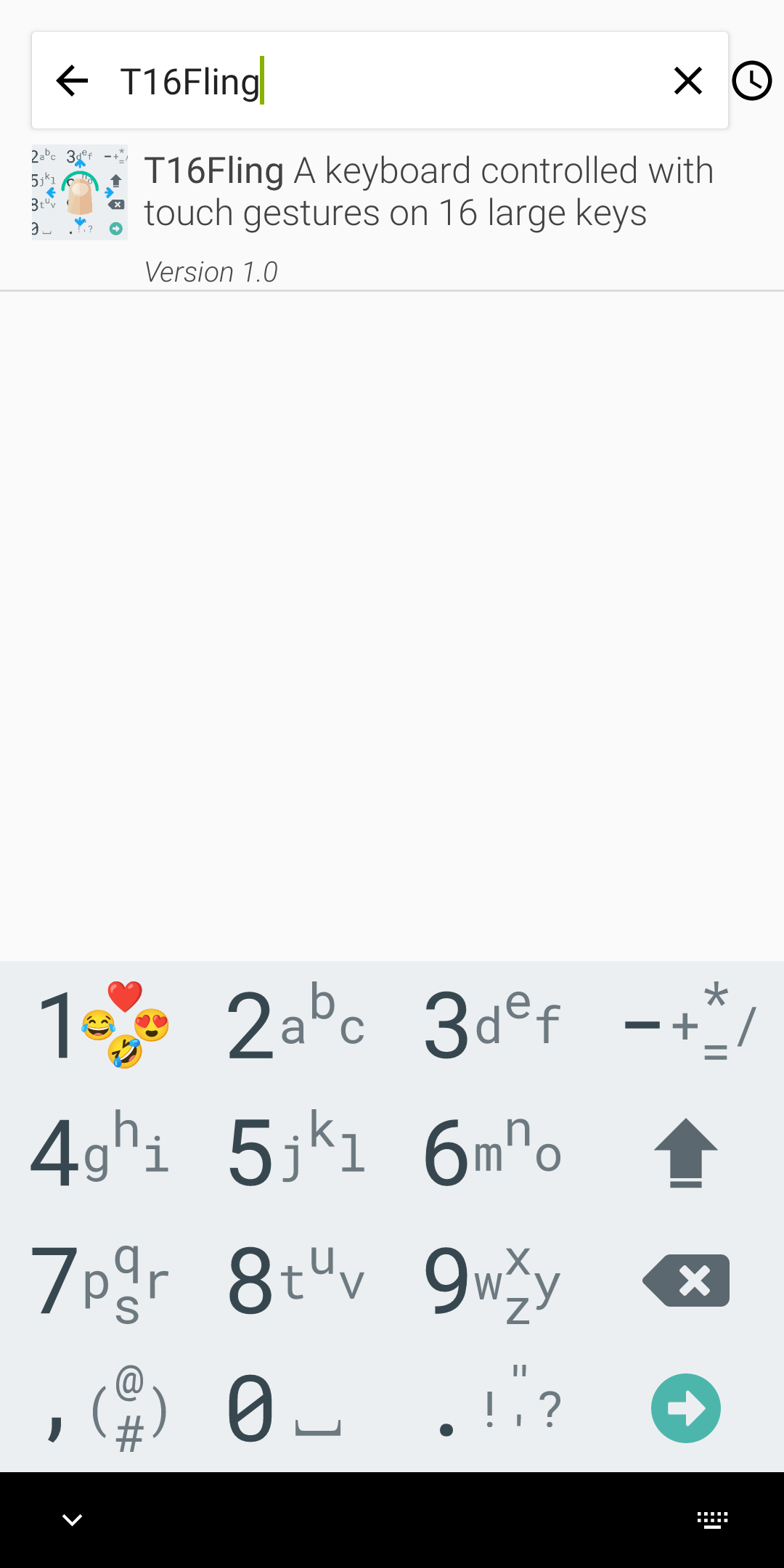