This plugin for https://f-droid.org/packages/com.termux allows programs to be run at boot.

Note that you may want to run termux-wake-lock as first thing want to ensure
that the device is prevented from sleeping.

Example: To start an sshd server and prevent the device from sleeping at boot,
create the a file ~/.termux/boot/start-sshd containing the line: 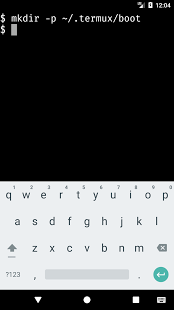 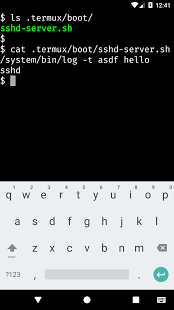