App covers areas covered by US charts, including sectionals, terminal area
charts, helicopter charts and what's left of world charts. Also included is
mapping via OpenStreetMaps for walking/biking to nearby $100 hamburger stands,
as well as georeferenced approach plates and airport diagrams. Also provides
OpenStreetMap-backed runway diagrams for all airports, though they are
primarily used for those airports that don't have official FAA-provided
airport diagram plates. Approach plates include an optional on-screen DME
display that the user can configure. 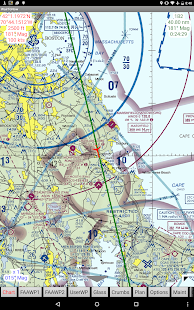 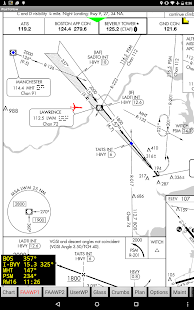